On Sunday 3 May 2015 the community of TwLetteratura will read and comment on Twitter John McCrae’s “In Flanders Fields”, one of the most famous war poems ever written.

On Sunday 3 May 2015 the community of TwLetteratura will read and comment on Twitter John McCrae’s “In Flanders Fields”, one of the most famous war poems ever written. This is the second TwLetteratura initiative that aims to contribute to the commemoration of those who lost their lives on the battlefields of the First World War, after last year’s collective reading of Un Anno Sull’Altipiano (by Emilio Lussu). 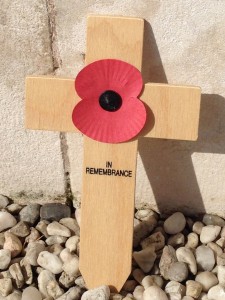 Soldiers from more than fifty different countries took part in ‘the Great War’ in Flanders (Belgium). Lieutenant Colonel John McCrae, a Canadian army physician and poet, was one of them. During the Second Battle of Ypres, which started on 22 April 1915 and witnessed the first large-scale use of gas in the history of warfare, John McCrae was stationed near Essex Farm at Ypres’ salient as a military surgeon and commander of a field hospital. In early May 1915, after the funeral of his friend Alexis Helmer who had been killed from a German shell, the Canadian poet got inspired to write “In Flanders Fields”. The stirring poem was published in Punch magazine on 8 December 1915. John McCrae died on 28 January 1918, at the age of 45. He was buried in Wimereux, near Boulogne-sur-Mer (France). 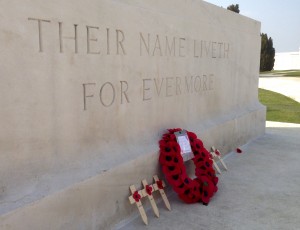 In many countries both the poem and the poppy became a symbol of remembrance (‘Remembrance Day’ is also known as ‘Poppy Day’). In Ypres, City of Peace, the war museum, which is situated in the impressive Cloth Hall, was named after John McCrae’s poem. The ‘In Flanders Fields Museum’ narrates the military history of the First World War in Flanders as well as personal stories of those who experienced the horror of the conflict. As mentioned in the museum’s educational package (which you can download here for free), the First World War, which was called by H.G. Wells “the war to end war”, involved over 600,000 casualties in Belgium, of which at least 550,000 occurred in the ‘Flanders Fields’ region.

Other famous war poets were Siegfried Sassoon, Ivor Gurney and Wilfred Owen to name but a few.

Engaging in TwLetteratura’s social reading initiative is very easy: the only thing you have to do on 3 May is read the poem and post your summary, comments or thoughts on Twitter using the hashtag #McCraeTw. Feel free to interact with other members of the community. Tweets can be in English, Italian or any other language you prefer. Italian speaking members of the community will also be invited to translate the poem into Italian. Furthermore, you can collect your best tweets into a Tweetbook and georeference the poem quotes via the Litteratour app (iOS).

In Flanders fields the poppies blow
Between the crosses, row on row,
That mark our place; and in the sky
The larks, still bravely singing, fly
Scarce heard amid the guns below.

We are the Dead. Short days ago
We lived, felt dawn, saw sunset glow,
Loved, and were loved, and now we lie
In Flanders fields.

Take up our quarrel with the foe:
To you from failing hands we throw
The torch; be yours to hold it high.
If ye break faith with us who die
We shall not sleep, though poppies grow
In Flanders fields. 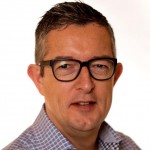 Hans Caron (@HansCaron) – Hans holds a Master in Romance Philology and Italian Studies from K.U.Leuven. He is Head of Market Research at ING Belgium. Prior to his current role, he held various positions in retail banking, direct distribution and marketing, with a focus on business development and innovation. Hans has been involved as a participant in several TwLetteratura projects, such as #Lussu, #Shelley14, #2019SI, #TwPinocchio, #PetitPrince…