Following #Bietenoogst125, the successful rewriting on Twitter of Emile Claus’ famous painting The Beet Harvest, we interviewed Ms Trui Galle, curator of the Museum of Deinze and the Lys Region (Belgium).

The Beet Harvest’ is the showpiece of the Museum of Deinze and the Lys Region. In your view, why is this work so important?

Emile Claus (1849-1924) was born in the Lys village of Sint-Eloois-Vijve in a flax-trading family. He studied at the Antwerp art academy. His early paintings still testify to a Realism with sombre overtones. Claus was ambitious. He travelled to North Africa and took part in the Paris Salons. In a small portrait of his wife in her bridal gown, he underlines, with Parisian elegance, her middle-class environment. Here, Claus already demonstrates his masterly skill in capturing light and gloss in paint. Impressionism, a style that represents reality in loosely-applied specks of colour, was already in its heyday in Paris when Claus started painting. Claus devoted himself to Luminism, a variation of Impressionism that mainly emphasises the changeable moods of the light. ‘The Beet Harvest’ is a transitional work in Claus’œuvre. It depicts the hard labour of harvest in the cold autumn air at a particular moment in time, still in the Realist style. But the bold patches of colour with which Claus brings out the beets already herald his Impressionist period. He painted parts of this large canvas in the open air, not far from his country house on the Lys in Astene-Deinze.Claus went on to paint many sunny landscapes. His success was inspiring and determined artistic fashion for a long time.

Can you tell us what makes your museum unique, what visitors can expect?

The Museum of Deinze and the Lys Region is the home of two important collections. The visual (or plastic) arts department includes masterpieces that range from the mid-nineteenth century till today. Many painters and sculptors have been attracted and inspired by the river Lys, its idyllic landscapes and the rural life of the farmers. Around 1900 several of them formed an artist colony in Sint-Martens-Latem and Astene-Deinze (both situated near Ghent). The Museum of Deinze and the Lys Region offers a nice overview of the works of some major artists of this ‘Latem group’. The museum regularly features temporary exhibitions by contemporary artists whose works engage in a dialogue with those of the artists of the Lys region. This leads to a renewed attention to the masters of the Lys region and ensures an actualisation of our collection.

The second collection encompasses a series of objects related to folklore, local industry and history, evoking the daily life of our town and our region at the beginning of the twentieth century. It focusses on economic activities that brought prosperity and wealth to Deinze: the manufacturing of pramsand toys and the silk weaving industry. Where appropriate, this section has been integrated into the visual arts wing.

In 1981 a modern building has been constructed to host both collections. It was the first Belgian building since World War II that had been specifically designed as a museum.

The best way to admire the picturesque landscapes of the Lys region is by bike: a network of well signposted cycling routes makes it easy to discover the charming and peaceful places along the river. We also recommend to visit the Museum Dhondt-Dhaenens in Deurle (Sint-Martens-Latem) and the Roger RaveelMuseum in Machelen-aan-de-Leie. Art and nature are definitely the main assets of the Lys region.

How did you experience the #Bietenoogst125 social reading project?

It has been a fascinating experience. My colleagues and I were immediately enthusiastic when Hans Caron (@HansCaron) presented the idea to us. The innovative Twitter campaign, including the creation of three dedicated Twitter accounts (for the painting, for Emile Claus and for one of the protagonists of the painting) gave an extra boost to the promotion of the anniversary event of ‘The Beet Harvest’ that took place on September 20. But above all, it allowed us to put Emile Claus’ masterwork at the heart of our community, to (re-)explore it and to bring it to life in a collaborative and creative way. Many tweeps participated in the rewriting of the painting and came up with extraordinary comments, interpretations and ‘transcriptions’. It was also a great pleasure to read the numerous, beautiful and often poetic tweets posted by our Italian friends.

And we are pleased to announce that for the best #Bietenoogst125 tweets award the Museum of Deinze and the Lys Region has selected also two tweets in Italian, posted by @beccodigru and @Ladyrediviva. Congratulations! Complimenti!

Consumer behaviour is changing at a fast pace, also when it comes to engaging with cultural contents. In your view, in an ever more digital world, how does the role of museums should evolve?

The digitalisation of our society isn’t a threat for our museum. First of all because a digital tour will never be able to provide the same ‘aesthetic’ experience as a real life physical visit. Secondly, new technologies and social media are powerful tools that we use to inform our audiences, to promote exhibitions and events and to foster networking. On our Facebook page we post regular updates on our initiatives or provide background information about a specific work or object from our collections. On Twitter we just experimented with social reading. In the future we plan an application with information about the works of both our permanent collections and temporary exhibitions. My team’s challenge is to create scientifically validated content to constantly feed these new communication channels. Finally, digitisation facilitates the disclosure of the collection, as the latter can now be accessed through several databases in Belgium and abroad. Erfgoedinzicht.be comprises the works of all museums situated in the Belgian provinces of West-Flanders and East-Flanders. Thanks to Europeana.eu millions of ‘contents’ (from museums, archives, libraries…) will be retrievable and connected in a virtual environment. So, summarising, I strongly believe that the digitalisation of today’s world is an opportunity and that we should act upon it by capitalising on our strengths. Especially to a small museum such evolutions offer a wide variety of possibilities as they enable us to go beyond our regional boundaries and to significantly increase the reach and the impact of our activities. 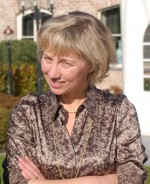