How did you discover the Betwyll projects based on the TwLetteratura method and what encouraged you to try and design an ad hoc project for your students on the app?

I discovered Betwyll thanks to Iuri Moscardi who presented it to all the Italian teachers at Harvard. That semester I was teaching Italian for beginners and I was already halfway through the course, so I could not include Betwyll in the syllabus right away. But I started following TwLetteratura’s activities and, with prof. Elvira Di Fabio’s consent, I thought of a project for the following semester, when I would teach intermediate Italian. The chance to adjust the syllabus, a smaller but well-prepared group of students and the will to suggest less traditional activities and exercises pushed me to test Betwyll in the classroom.

From Italy, we imagine young Americans as totally immersed in the dynamics of social networks. How did your students react at Betwyll: did they like it or did they have problems using it?

In general it was a very positive experience. There were some minor technical problems due to the fact that we used Betwyll in the passage from the beta version to the final one; but the Betwyll team has always been very supportive in helping to solve them timely. I thus agree with one of the anonymous feedbacks on the course: “With some updates on the user interface, Betwyll would be a phenomenal way to supplement literature studies”.

I chose to include the Betwyll project as an extra-credit activity, since I had never piloted such an exercise before. The majority of the students seized the opportunity and had a lot of fun, some others unfortunately had more troubles (one student did not have a smartphone! – not all young Americans are immersed in social networks). A much appreciated aspect was the 140 character constraint, which encouraged critical thinking and let them focus on the specific grammar element to study, without having to submit a longer essay (usually 600-800 words). Another positive feature of Betwyll, which students loved, is the possibility to read their mates’ twylls, at home or in the classroom (for instance, as a warm-up activity).

You used Betwyll for a course on contemporary Italian literature: on which aspects of the text did you mainly focus? For which pedagogical aspects do you think Betwyll is particularly useful?

The course where I used Betwyll was an intermediate Italian course that however also aimed to introduce literary texts to the students. In particular, it is the first course where they start to read an entire novel in Italian (Io non ho paura by Niccolò Ammaniti), after having practiced with shorter texts (poems, songs, comics, short-novels).

The textual analysis of the novel thus was one of the main goals; the possibility to assign small selected portions to work on was certainly very useful, since it allowed to consider different aspects of the novel (style, genre) gradually and in an accessible way. Students had fun in rewriting the story from different points of view and in working creatively on the plot and the end of the story. I saw them interacting with the text in a more spontaneous way than in other more traditional exercises. Betwyll can also be a good exercise in style, since it pushes students to condense their thoughts in a clear and essential message.

Finally, I used Betwyll also as an exercise on some grammar and lexical points. The 140 character constraint lets students focus on specific grammar issues more easily, and above all with less anxiety, practicing without the fear of making mistakes.

Would you use Betwyll again in the future? Would you also try and involve colleagues and/or suggest an open project for the entire Betwyll community?

I definitely would. For me it was a very enjoyable and formative experience at once. Each evening I checked the students’ twylls and very often I happened to smile with satisfaction at their answers, sharp (the 140 characters help) and fun, full of emojis (they are really smart in talking trough images!) but also mindful of the assignment. For this reason I suggested my colleague Giorgia Corti to use Betwyll when she was assigned the same Italian intermediate course.

It would certainly be an interesting project to include the TwLetteratura method in a more permanent and crosscutting way among the various language courses offered at Harvard. Even with different competency levels, it would help in creating a community of Harvardians who love Italy and Italian (and, luckily for us, they are not few) and want to keep learning and practicing even outside the classroom. 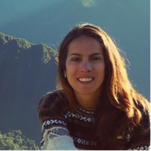 Chiara Trebaiocchi, graduated at Scuola Normale Superiore, is Italian literature PhD at Harvard University. She taught Italian language and literature and was Romance Languages and Literatures Bok Pedagogy Fellow at the Derek Bok Center for Teaching and Learning. For her PhD dissertation she is working on Franco Fortini’s essay production with regard to his ideas on pedagogy, school and education. The #Iononhopaura project was introduced within the course Ital 20 – Intermediate Italian: Romance! Mystery? Noir, during the 2016 fall semester.