An interview with Åsa Direnius and Mattias Bergström, who tested our webapp Betwyll with their students in Ronneby, Sweden, designing an amazing social reading project on Poe, Wilde and Shakespeare.

With “A Poe-etic and Wilde Shakespearience” you asked your students to read and comment on The Black Cat and The Tell-Tale Heart by E.A. Poe, The Selfish Giant by O. Wilde and Sonnet 18 by W. Shakespeare. How did you choose these texts and why did you think they were suitable for a social reading experiment on Betwyll?

As teachers, we have, over the years, noticed that students become gradually less accustomed to reading, in particular works of fiction. As these texts, in addition, were to be read digitally, which may obstruct the reading process, we opted for short stories in lieu of novels or other long texts. Another reason for choosing short stories was to allow the students to feel that they worked towards an attainable goal and to increase the possibility of a maintained focus in the students’ reading. Through experience, we know that Edgar Allan Poe’s stories are much appreciated by students, which would, of course, aid the reading process. To increase variation, two additional texts were chosen, one of which was a sonnet by William Shakespeare. Although it is a short text, it opens up for profound analyses and discussions about the development of the English language.

Even though Sweden and the Scandinavian countries as a whole are considered a region of the world where reading rates are still relatively high, students and young people tend to affirm that they read less and less. Do you think that decreasing reading rates are primarily determined by the evolution of technology or by the evolution of society? What should we do to promote reading?

To further reading, young children need to be exposed to literature as much as possible. Parents play a major role in creating an interest in reading, both as role models and by reading to their children.

Nevertheless, as technology advances, the need for able readers decreases for most everyday-life situations. With new availability to media sources, such as Netflix and YouTube, reading short stories and novels is no longer an attractive spare time activity. However, as many popular works of literature are filmatised nowadays, students’ initial interest in the stories may increase. For educational reasons, the film can also be used to further analyse the differences in storytelling through the two types of media.

If using Betwyll had a positive effect on this experiment, what are the elements that would lead you to encourage other teachers and schools to adopt this social reading app? And what are instead the elements of this paradigm that need to be fixed or reshaped to work better?

We believe that using Betwyll for more projects, and in more than one subject, would make the students even more accustomed to writing and publishing publicly available content. During our project, it was clear that some students were holding back and that they hesitated to share their twylls with their peers. However, as the project continued, they became gradually more comfortable and partook more actively.

The school system in Sweden highly depends on public resources and is considered a model of efficiency and effectiveness throughout the world. During the 1990s, however, the Swedish education system has been reformed and decentralized, encouraging competition between private and public schools. According to your opinion, what is the right mix between these two elements and what do you like most about education in Sweden?

Towards the end of the naughts, the number of students ages 16 – 18 decreased. This has created somewhat of a competition between schools to attract students. All schools, public and private, have been forced to rethink and improve the quality of the education they offer. We both work at a public school, but we believe that private schools play an important role in ensuring the development of all schools. Currently, one major problem with the system is that private schools, and the corporate structure supporting them, are allowed to make a profit that can be distributed to the shareholders. The original purpose was not to allow schools to make a profit but instead to diversify the choice of schools for the students.

What we like about the Swedish educational system are many things. One example in particular, is that students from all backgrounds have the same opportunities to attend school. Every part of the students’ education is free, including lunches, which ensures they have the best possibilities to be productive. 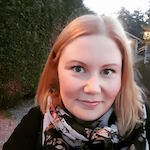 I am an English teacher at Knut Hahn upper secondary school in the small town of Ronneby in the south of Sweden. My career as a teacher started in 2009 and these years have given me the opportunity to meet many young people and to guide them on their way towards adulthood. I work hard to find ways to modernize and simplify both the teaching and the learning that takes place in the classroom as well as outside of school. I truly believe in “a lifetime of learning” and that my job is to teach the students how to achieve that. 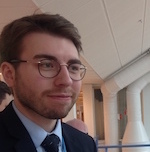 I am a teacher of English and Spanish at Knut Hahn upper secondary school in Ronneby, Sweden. I work towards laying the foundation for the future by providing young people with the knowledge and language skills they need to grow and prosper, not only as workers but in their everyday lives as well. I believe in creating a stable, engaging, and communicative learning environment that stimulates creativity, motivation, curiosity, and cooperation. My goal is to ready the students for the growing international mobility, which places a high demand on their ability to work together.